I still remember one of my favorite headlines with a chuckle: “Skywalkers in Korea Cross Han Solo.”

I was enticed to click the head after spotting it while browsing a news site. The headline is so clever that it actually seems like a no-brainer to use.

But remember, the editor was only crafting a headline about tightrope walkers and the Han River. I wonder how long it took the editor to connect “Han” to Han Solo and if “skywalkers” came to mind immediately or if the editor had to play with words for a while. 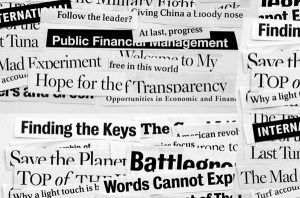 I think of these headlines now and again as I try to develop headlines that are clever without being too obscure—it’s not clever if I’m the only one who giggles when reading it—all the while staying true to the tone of the article.

It’s only been a few years that I’ve enjoyed writing headlines. (I still don’t love subheads, but I’m working on it.) I confess in my career that I’ve written some snore-worthy headlines or only the straightforward, newsy, takes-no-effort-to-come-up-with heads. But for the past few years, I’ve forced myself to take the time to brainstorm and play with words.

My headline-writing strategy differs greatly from how I write articles. Here are a few tricks I use. @meledits

My headline-writing strategy differs greatly from how I write articles. With story writing, I dive right in and start typing. But with headlines, I’ve discovered that I need a few tricks.

Here are three mental games I play to get my creativity headline-writing synapses firing:

I read about this method in an interview with creativity consultant Sam Horn. Make a list of words that go with the article. Then, take one of the words and replace the first letter of that word with letters from the entire alphabet, essentially finding words that rhyme with the original word.

For example, if the word is “play,” say to yourself (or, preferably, out loud, without annoying your officemates too much), “away, blay, clay, day/delay …” I’m not advocating making all headlines catchy rhyming phrases, but this process helps me to think of unique word plays.

The Washington Post won a headline writing award partly due to this gem: “Trump’s Art of the Spiel,” a play off his book, “The Art of the Deal.”

While I’m not advocating you use a cliche as your headline, playing around with the order of words in a cliche or changing out one word can lead to some clever headlines. A site like Clichelist.net provides a list of cliches to start with.

Alliteration can be a go-to for editors, but I suggest using it sparingly. It can be a cop-out if you use it too often. But like these other methods, an alliterative headline can help you begin to play around with words that go well together and lead to a better headline.

What methods do you use to write catchy headlines?